First, let us take a look at the Visual Studio automation command to show the options window (see Figure 1). 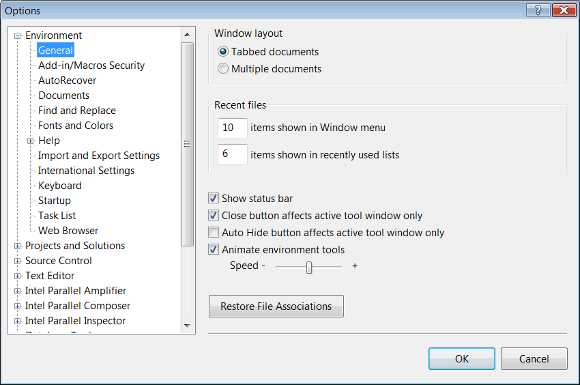 The automation command can be called through a special API provided by Visual Studio for plug-in modules. You may also call various commands using the window "Command Window". You may open it through "View->Other Windows->Command Window" as shown in Figure 2. 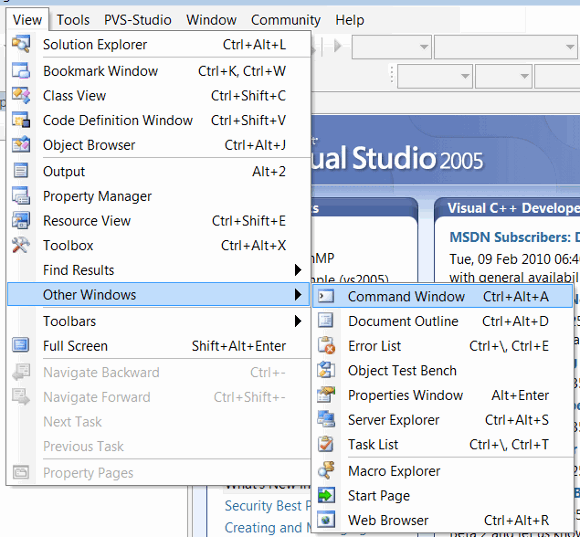 If you write the command "Tools.Options" (see Figure 3) in "Command Window", the options window will appear that was shown in Figure 1.

There is one more point to consider. You may assign hot key combinations to commands through the "Keyboard" tab in the settings as shown in Figure 4. 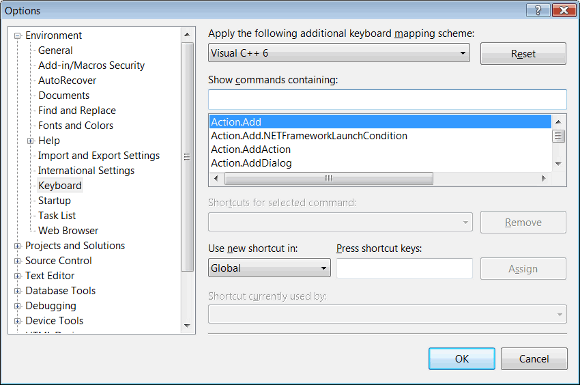 If we input the line "Tools.Options", we will see only one same line in the list (see Figure 5). It is expected and right. Keep this thing in mind. 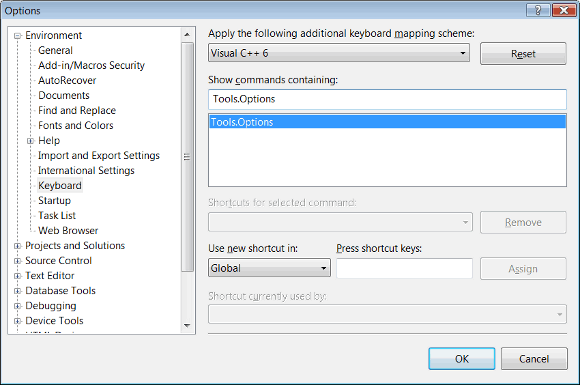 A similar problem occurs when trying to use API to open the options window. Here is an example of a call:
Application.ExecuteDTECommand("Tools.Options");
As a result, a failure occurs when addressing this function inside the tool PVS-Studio we are developing (see Figure 7).

We do not know the cause of this error. We can only give you some indirect data. Go back to the settings of the "Keyboard" tab. Now, if you input "Tools.Options", there appear two same lines in the list (see Figure 8). 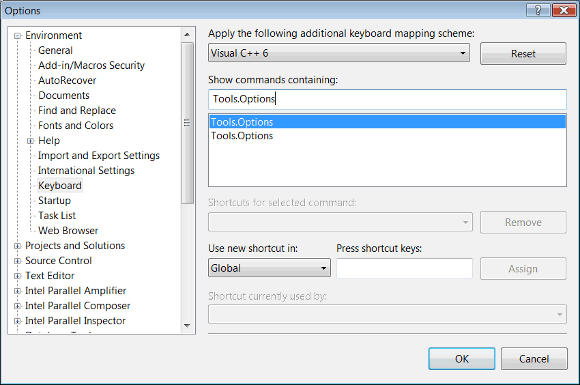 After the reset all the errors disappear and the command of opening the options window behaves as it should.