I read a post recently about a check of the LibRaw project performed by Coverity SCAN. It stated that nothing interesting had been found. So I decided to try our analyzer PVS-Studio on it. 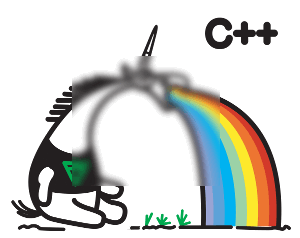 LibRaw is a library for reading RAW-files obtained from digital photo cameras (CRW/CR2, NEF, RAF, DNG, and others). Website: http://www.libraw.org/

A check by Coverity SCAN

The article that induced me to check the project with PVS-Studio can be found here: "On Static Analysis of C++" (RU). Let me quote a short extract from the preface part of the article:

Coverity SCAN: 107 warnings, about a third of which are of High Impact level.

Out of the High Impact level warnings:

About 10 referring to Microsoft STL

Others are of the following kind:

On this code, I got a warning saying about carelessness in the code - an uninitialized variable. I agree with it as such, because it's no good doing things like that. But in real life, there are two types of layout - and this is explicitly specified in the calling code. That is, the analyzer has enough data to figure out that this is not a 'High impact' error but just a carelessly written code.

Some warnings like about unsigned short when extending to 32-64 bits may be painful. I won't argue with that - the analyzer is right de jure, but de facto these unsigned short's store picture sizes which are not going to grow up to 32767 in the near future.

That is, again, no fixing is needed - in this particular case.

All the rest 'High Impact' issues are simply false positives. Well, the code is not perfect, that's right (I wish you could see it from dcraw !), but all the issues found are not bugs.

A check by PVS-Studio

Now let's see if the PVS-Studio analyzer managed to find anything worthy after Coverity. I didn't have any expectations of catching super-bugs, of course, but it still was interesting to try.

Welcome to have a look at the code fragments I found interesting.

I guess we are dealing with a typo here. The check should probably look like this:

A similar fragment can be found in the file aahd_demosaic.cpp (line 199).

This is a bug related to operation priorities. The "RawProcessor.open_buffer(iobuffer,st.st_size) != LIBRAW_SUCCESS" comparison is executed first, then its result is written into the 'ret' variable. If an error occurs, it will cause printing of an incorrect error code into the file. This is not a crucial defect, but it is still worth mentioning.

Shifting negative numbers causes undefined behavior. Programmers often use such tricks and get the program pretend to work well. But actually you cannot rely on such a code. To learn more about negative number shifts, see the article "Wade not in unknown waters. Part three".

Similar issues can be found in the following fragments:

Perhaps this is not a bug and the "l = 1" statement is written deliberately. But the code does look suspicious.

Both analyzers have found very few defects. It's natural for small projects. However, it was an interesting experiment checking LibRaw.