Due to the specifics of my job, I have to communicate with programmers pretty often. Our company develops, promotes and sells self-developed software product, static code analyzer PVS-Studio. Our products are oriented toward programmers and help find bugs in the source code of applications through automatic code analysis. 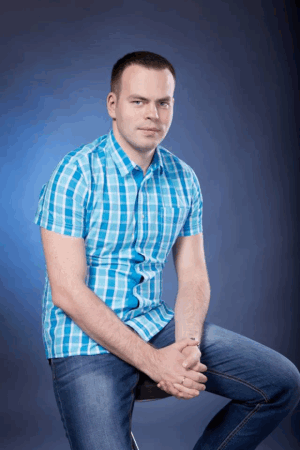 So obviously both my coworkers and our customers are programmers, and I communicate with them every day. That's why I have a perfect understanding of a programmer's way of thinking. Well, I am actually a programmer by education too, so it used to be my own way of thinking some time ago.

The more I deal with programmers, the more similarities I find between a programmer's job and, strange as it may sound, rowing. What am I talking about? I'll tell you about it in this article.

Rowing is a very interesting sport. Let's see what Wikipedia has to say about it:

While rowing, the athlete sits in the boat facing toward the stern, and uses the oars which are held in place by the oarlocks to propel the boat forward (towards the bow) ... In sweep or sweep-oar rowing, each rower has one oar, held with both hands. This is generally done in pairs, fours, and eights. In sculling each rower has two oars (or sculls), one in each hand. Sculling is usually done without a coxswain, in quads, doubles or singles.

Take a look at this photo of rowers. There's one interesting thing to it. 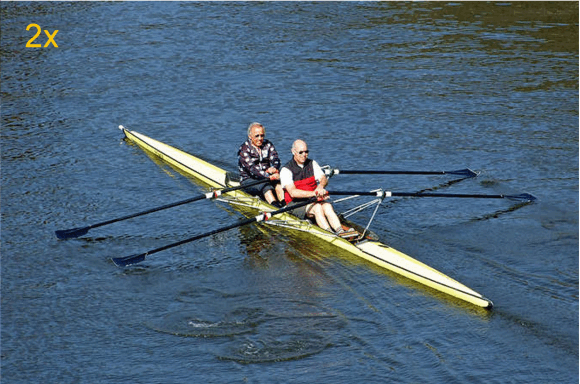 If there are just two rowers in a boat, they can manage the job themselves without a coxswain.

But when there are four or, especially, eight rowers in a boat, one more person is added to the team - a coxswain facing toward the boat's stem and steering the boat. Don't you feel certain associations with programming? 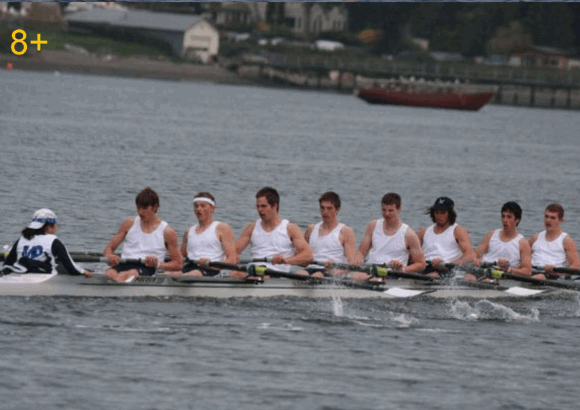 When a programmer is working on a task alone or with a coworker, they can cope with the task by themselves. But once the project team extends to include a few more developers, they can no longer do without a so called project manager. Unlike the project technical manager who is responsible for technical decisions, the project manager has a different business to care about. First, he defines the "route": he makes decisions about which functions should be included into the project and which should be thrown away. Second, he defines the "rowing pace" - the frequency of releasing new product versions. Simply speaking, he answers the question, "What's the release date?" If the team is working on a custom-made software product, the project manager is also responsible for carrying out negotiations with the customer.

Moreover, rowers sometimes rely on reference points like a lane or buoys indicating the route. Programmers also seem to have certain reference points: users' wish-lists, a list of known bugs... Well, ask any programmer and he will at once list a dozen tasks in a project to be solved first of all! But if programmers only give these answers to themselves, they'll end up in the Mediterranean Sea, for they sit "facing toward the stern" and therefore cannot see where they are heading to. In other words, they will be developing their product for years and never release a new version.

However, unlike rowers who know for 100% sure what for they need the coxswain, programmers usually treat the project manager like an "odd man out". Why? Maybe because they mistake him for a stupid boss who knows nothing himself but is allowed to "teach others what's what".

Here you are a few examples.

When working on a project, a programmer gets a task, say, to implement a certain function. While working on it, it occurs to him to implement another extra function which is simple and will take him just a couple of days. He decides to fulfill this idea along the way, for he thinks himself to be a good guy who has invented a "cool thing" all by himself, so his boss will surely compliment him. Well, it turns out, however, that some basic code structures work quite differently than he expected, so he just rewrites the code in a short time (just a week, after all!). Well done, isn't it?

No, it's not! In this example, it is certainly the project manager who is to blame. He has overlooked that the programmer made up a task (or rather a few ones) for himself and got busy with it. The project manager should not have allowed that because additional functions may appear useless while errors can't occur in the basic part of the code, for there can never be such input data. But the programmer is naturally fond of solving various difficult tasks, so it doesn't get to him that he is "rowing wrong way".

Another example. A potential shows interest in a product. He is even ready to buy it, but he doesn't like the way a certain function behaves, so he asks the programmer to modify it. The programmer will be glad to do that (he has helped a fellowman!), the deal is done (he's anticipating a bonus!), but the project manager gives him a telling-off for what he has done to the function. Why? Because changing this particular function's behavior for one customer has spoilt it for other 100 current users. Again, the project manager is to blame in this case, for he has allowed the programmer to take the initiative.

What conclusions are to draw from all that? I won't draw any, I just have a request to all programmers. When you guys are sitting in one boat with your coworkers facing toward the stern, please keep one thing in mind: if each of you independently decides where and at which pace to row, you'll get to the Mediterranean Sea or, what's more likely, will never get anywhere. And we all need to head for our goal, don't we?