Don't expect anything epic from this article. We have checked the Bitcoin project's source code with PVS-Studio and found just a couple of suspicious fragments. Which is no wonder: I guess there are few programmers who haven't checked it already. But since we have done our check too, we need to write a small post about it, pro forma, so to say. 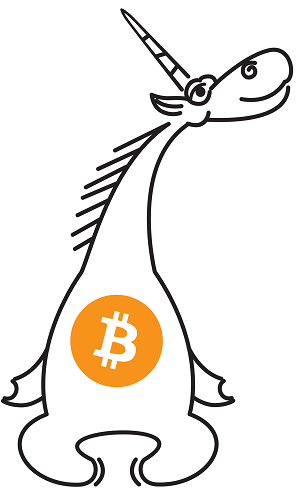 It all started when we decided to carry out a comparison of PVS-Studio and Clang based on a collection of open source projects. This is a large and complex task, so I don't expect it to be accomplished soon. What makes it difficult is the following issues:

Bitcoin is one of these projects that we chose for our comparison. Both the analyzers have found almost zero bugs in it. And that's no wonder – I guess this project has already been checked by many tools, that's why we will most likely exclude it from the comparison. So, let's have at least this short note remaining of this check.

Bitcoin doesn't need to be introduced. The source codes were downloaded from:

Analysis was done by PVS-Studio 5.17.

The analyzer detected only one suspicious fragment that I found worthy. This is some function related to cryptography. I don't know what it does exactly, and maybe I have found a real EPIC FAIL. You see, it's a popular trend nowadays to find epic errors related to security. But this one is most likely a tiny bug or even a correct piece of code written purposely.

Notice the loop: it must iterate through some keys. However, the loop body executes only once. There is the "return false;" operator at the end of the loop, and it can also be terminated by the "break;" operator. At the same time, there is not a single "continue;" operator to be found.

The function forms a 64-bit value. One shift is correct, the other is probably not.

The variable is first extended to int64_t and only then is shifted.

The 0x80 constant is of the 'int' type. It means that shifting it may result in an overflow. Since the function generates a 64-bit value, I suspect an error here. To learn more about shifts, see the article "Wade not in unknown waters - part three ".

PVS-Studio's diagnostic message: V690 The 'CKey' class implements a copy constructor, but lacks the '=' operator. It is dangerous to use such a class. key.h 175

Similarly, there are a few other classes that need to be examined:

Regularly using static analyzers may help you save a huge amount of time and nerve cells. The main thing about it is that it should be done conveniently. For instance, try the incremental analysis mode in PVS-Studio: you simply keep coding and only if something wrong happens, the tool will interfere. People do tend to get used to good things quickly.