Any large modern application consists of numerous third-party libraries, and I'd like to discuss the topic of our trust in these libraries. In books and articles, there are lots of debates about code quality, testing methods, development methodologies, and so on. But I don't remember anyone discussing the quality of bricks applications are built from. So let's talk about it today. For example, there is the Medicine Insight Segmentation and Registration Toolkit (ITK). I find it to be implemented pretty well. At least, I have noticed just a few bugs in its code. But I cannot say the same about the code of the third-party libraries used there. So the question is: how much can we trust such systems? Much food for thought. 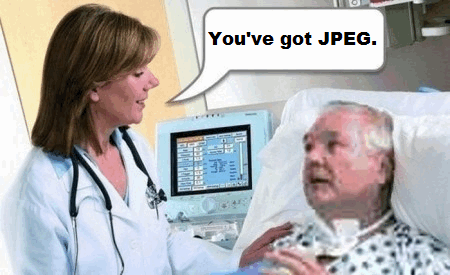 When developing medical applications, everyone is talking about quality and coding standards; programmers are demanded to follow such standards as MISRA and so on. To tell the truth, I'm not well familiar with methodologies used when writing safety-critical applications. But I do suspect that the question of the quality of third-party libraries used in development is often ignored. Application code and code of third-party libraries live their own separate lives.

This conclusion is drawn from my subjective observations. I very often come across very high-quality applications where I can't find even half a dozen of serious bugs. At the same time, such applications may include third-party libraries of an extremely bad quality.

Assume a doctor makes an incorrect diagnosis because of some image artifacts caused by a bug in software. In this case, it doesn't matter a little bit whether this bug is in the program itself or in the image handling library. Think of it.

What set me thinking about it all again was the check of the source codes of the ITK project: 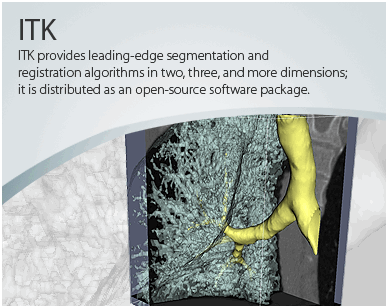 No wonder. ITK includes quite a lot of libraries. But that's pretty sad indeed: some bugs in those libraries may affect ITK's operation.

I'm not going to appeal for any drastic acts or give any recommendations; my goal is to attract people's attention to my findings so they could think them over. To make my words stick in your memory, I will show you some suspicious fragments that have caught my attention.

Let's start with the OpenJPEG library

The programmer forgot how to use the 'case' operator properly. The statement "case LRCP||RLCP:" is equivalent to "case 1:". And this is obviously not what the programmer intended.

The correct code should look as follows:

And that's exactly what is written in other places of the program. Well, I would also add a comment – something like this:

The 'l_image' pointer is initialized to zero and is not changed anywhere after that. So, when calling the j2k_write_rgn() function, the null pointer will be dereferenced.

A variable assigned to itself

Something is messed up in this code. A variable is assigned its own value.

It's not easy to quickly find the error in this fragment, so I've made a simplified artificial example:

As far as I understand, the programmer intended to do the following. If the A variable is larger than B, than the difference should be calculated; if not, the expression should evaluate to zero.

So it appears this expression can be simplified:

If (A == B), we'll get 0 as the difference. It means the expression can be simplified even more:

Something is obviously wrong. The correct way of writing this comparison is as follows:

Well, enough of Jpeg; we don't want the article to turn into a reference book. There are other libraries to discuss – for example the Grassroots DICOM library (GDCM).

PVS-Studio's diagnostic message: V521 Such expressions using the ',' operator are dangerous. Make sure the expression is correct. gdcmsorter.cxx 82

The comma ',' operator in the loop condition is meaningless. The result of this operator is its right operand. So the "it != filenames.end()" expression is not taken into account in any way.

A bit further in the code, there is another similar incorrect loop (gdcmsorter.cxx 123).

PVS-Studio's diagnostic message: V595 The 'str' pointer was utilized before it was verified against nullptr. Check lines: 26, 27. gdcmprivatetag.cxx 26

You can see from the condition that the 'str' pointer may be equal to nullptr. Nevertheless, this pointer is dereferenced without being checked in the following line:

Shifting negative values through the ">>" operator leads to unspecified behavior. Relying on luck is unacceptable for such libraries.

PVS-Studio's diagnostic message: V663 Infinite loop is possible. The 'cin.eof()' condition is insufficient to break from the loop. Consider adding the 'cin.fail()' function call to the conditional expression. gdcmMSFF gdcmlookuptable.cxx 280

You see, the program may hang at this place. If something triggers an error reading from file, the "is.eof()" check will fail to stop the loop. In case of an error, the program cannot read from the file. But the end of the file has not been reached yet. And these are quite different things.

An additional check should be added that can be implemented through a call of the is.fail() function.

There are quite a lot of other dangerous errors reading from file. I recommend the developers to check all the fragments where the eof() function is called. These fragments can be found both in GDCM and other libraries.

Let's finish with the libraries here. I think I've managed to make my worry clear for you.

Perhaps the readers are interested to know if I have found anything in the ITK library itself. Yes, there were a few interesting issues.

I recently wrote a funny article titled "The Last Line Effect". If you haven't read it yet, I do recommend to.

Here is another way this effect manifests itself. In the last, third line, the index should be '2' instead of '1'.

Here is one more typo with an array index:

The "if ( process_id == 0 )" check is meaningless. The programmer wanted to check an array item and the code was meant to look like this:

Notice how the 'm_SplitEpsilon' variable is initialized. At first, this class member is assigned value 1 and then 0. That's pretty strange.

Due to inattention, the programmer implemented a call of the 'empty()' function instead of 'clear()'. It leads to adding garbage to the cache, so using it becomes dangerous. This bug is hard to find and it can lead to very strange side effects.

There were other bugs, both in ITK and the third-party libraries. But I promised myself to fit the article into 12 pages, while typing it in Microsoft Word. You see, I don't like that my articles tend to grow in size more and more each time. So I have to restrict myself. The reason why articles are getting lengthy is that the PVS-Studio analyzer is learning to find more and more bugs.

It's OK that I haven't described all the suspicious fragments. To be honest, I was just quickly scanning through the report and surely missed much. Don't treat this article as a collection of warnings; instead, I want it to stimulate some of you to start using static analyzers in your work regularly. It will be much better that way, for I cannot possibly check all the programs in the world.

If ITK's authors check their project themselves, it will be much better than making fixes relying on my article. Unfortunately, PVS-Studio generates too many false positives on ITK. The reason is that the code uses a few special macros. Analysis results can be significantly improved through slight customization. If necessary, ask me for advice, I'll be glad to help you.

Dear readers, please remember that one-time checks by static analyzers give you just a small benefit. Only using them regularly will truly help you save your time. This idea is discussed in detail in the post "Leo Tolstoy and static code analysis".

May your programs and libraries stay bugless!