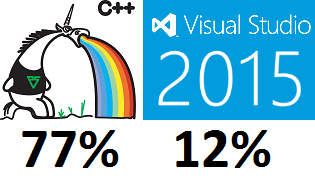 Let's start with what has not changed.

It means that Visual Studio 2015's analyzer will be absolutely the same as the previous version regarding its functionality. We already carried out a comparison of the PVS-Studio analyzer and the analyzer integrated into Visual Studio 2013 - see the corresponding article. Therefore, the old data are still relevant. See Table 1 to know the number of errors found by these analyzers in a suit of test projects. 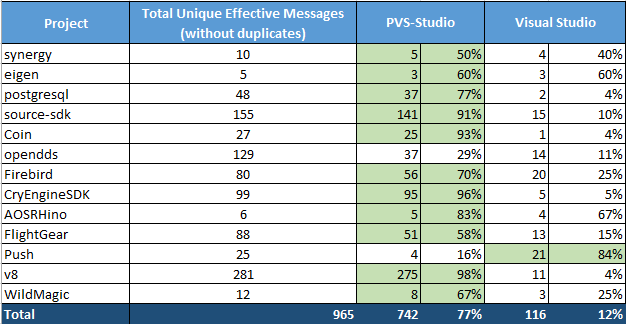 The difference between the two tools is quite prominent: 77% and 12% are pretty different figures, aren't they? Perhaps this difference has grown even bigger today as we constantly add new diagnostics into PVS-Studio.