Some people think that undefined behavior is caused only by gross errors (accessing outside the bounds of the array, for instance) or inadequate constructions (i = i++ + ++i, for example). That's why it is quite surprising when a programmer sees undefined behavior in the code that used to work correctly, without arousing any suspicion. One should never let his guard down, programming in C/C++. Because hell is closer than you may think. 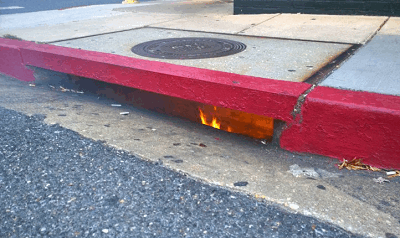 It's been a while since I've written anything on the topic of 64-bit errors. It's time to relive a bit of the past. In this case undefined will appear in a 64-bit program.

This code works correctly if the programmer compiles a 32-bit version of the program. But if you compile the 64-bit program, everything is way more interesting.

64-bit program allocates a 5 gigabyte array/buffer and initially fills it with zeros. The loop then modifies it, filling it with non-zero values we use "| 1" to ensure this.

And now try to guess how the code will run if it is compiled in x64 mode using Visual Studio 2015? Have you got the answer? If yes, then let's continue.

If you run a debug version of this program, it'll crash because it'll index out of bounds At some point the index variable will overflow and its value will become −2147483648 (INT_MIN).

Sounds logical, right? Nothing of the kind! This is an undefined behavior and really anything can happen.

When I or somebody else says that this is an example of undefined behavior, people start grumbling. I don't know why, but it feels like they assume that they know absolutely everything about C++ and how compilers work.

"This is some theoretical nonsense. Well, yes, formally the 'int' overflow leads to an undefined behavior. But it's nothing more but some jabbering. In practice, we can always tell what we will get. If you add 1 to INT_MAX then we'll have INT_MIN. Maybe somewhere in the universe there are some exotic architectures, but my Visual C++ / GCC compiler gives a correct result."

And now without any magic, I will give a demonstration of UB using a simple example and not on some fairy architecture either, but a Win64-program.

It would be enough to build the example given above in the Release x64 mode and run it. The program will cease crashing and the warning "the last array element contains 0" won't be issued.

The undefined behavior reveals itself in the following way. The array will be completely filled, in spite of the fact that index variable isn't wide enough to index all the array elements. Those who still don't believe me should have a look at the assembly code:

Here is the UB! And no exotic compilers were used, it's just VS2015.

If you replace 'int' with 'unsigned' the undefined behavior will disappear. The array will be only partially filled and at the end we will have a message - "the last array element contains 0".

Assembly code with the 'unsigned':

PVS-Studio analyzer doesn't detect character variable overflow straight away. This is not a very rewarding job. It's almost impossible to predict what value one or another variable will have or if the overflow will or will not occur. However, the analyzer can track down some erroneous patterns that it refers to as "64-bit errors".

To tell the truth, there are no 64-bit errors. There are just those that are connected with undefined behavior, that have been hibernating in 32-bit code, and these then show up when we recompile in x64 mode. But if we speak about UB, it wouldn't sound very interesting and people won't buy it (PVS-Studio that is). On top of it all, they won't believe that there are any issues with it. But if the analyzer says that this variable can overflow in the loop, and it is a "64-bit error", then it's a different story. Profit.

The code we gave above is considered incorrect by the analyzer, and it issues a warning related to 64-bit portability issues. The idea is the following: In Win32 mode size_t is 32-bits and we cannot allocate a 5 gigabyte array, so everything works fine. In Win64, where size_t is 64-bits, we work with a bigger array, which requires more memory. So the 64-bit code won't work. 32-bit code works, but the 64-bit code fails. PVS-Studio calls it a 64-bit error.

Here are diagnostic messages that PVS-Studio will issue for the code given in th ebeginning:

You must use proper data types for your programs to run properly. If you are going to work with large-size arrays, forget about int and unsigned. The proper types are ptrdiff_t, intptr_t, size_t, DWORD_PTR, std::vector::size_type and so on. In this case it is size_t:

If the C++ language rules result in undefined behavior, don't argue with them or try to predict the way they'll behave in the future. Just don't write such dangerous code.

There are a whole lot of stubborn programmers who don't want to see anything suspicious in shifting negative numbers, comparing 'this' with null or signed types overflowing.

Don't be like that. The fact that the program is working now doesn't mean that everything is fine. The way UB will reveal itself is impossible to predict. Expected program behavior is one of the variants of UB.

This article is meant for those programmers who are only getting started with the Visual Studio environment, and trying to ...

Still Comparing "this" Pointer to Null?

A long time ago, in a galaxy far, far away there was a widely used MFC library which had a ...