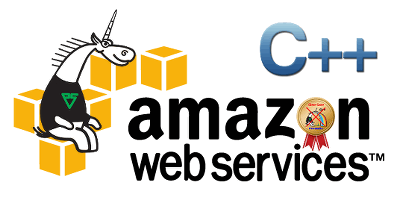 The developers of AWS SDK for C++ state that it is meant to be fully functioning, with both low-level and high-level interfaces; at the same time having minimum dependencies and providing platform portability (Windows, OSX, Linux, and mobile).The source code is available at GitHub repository.

PVS-Studio is a static analyzer for bug detection in the source code of programs, written in C, C++ and C#.

The size of the project to be analyzed is 5415 files, more than 514 thousand lines of code. Usually projects of that size contain a significant number of high and low-severity bugs, making a nice addition to our error collection.

This time, there is nothing much to say, but to give a big round of applause to the AWeSome developers for the quality of this project. They really did a great job: the analyzer managed to detect only a couple of low-severity bugs. Here they are, with the analyzer warnings:

The string::c_str() function returns the pointer to the c-string that cannot be equal to NULL. Even if an empty string will be created - like "string buf;", for instance; then the "buf.c_str()" will return a valid pointer to the empty string.

Thus, the condition "pathname_.c_str() == NULL" will always be false and the function will never exit in this fragment. Most likely this function has to be exited if the "pathname_" string is empty. Then the check should be as follows:

That's it! Just a couple of suspicious fragments in a project with more than 514 k lines of code. There were several examples of fragments that seemed a little strange, but they aren't even worth mentioning here. That is truly impressive. We have to admit - having checked more than 200 projects we are more than surprised to see such a tiny number of bugs. Way to go, Amazon!