In arithmetic expressions, the types of operands can be converted to a common type. Such conversions are described in the language standard, and in C# they are much simpler than in C++. However, I'm not sure that many programmers know all the details.

Perhaps you had situations when the type of an arithmetic expression turned out to be something different from what you had expected. How well do you know the language standard? Test yourself by replacing auto and var with appropriate types in the expressions below and evaluating these expressions:

The answer is below the picture 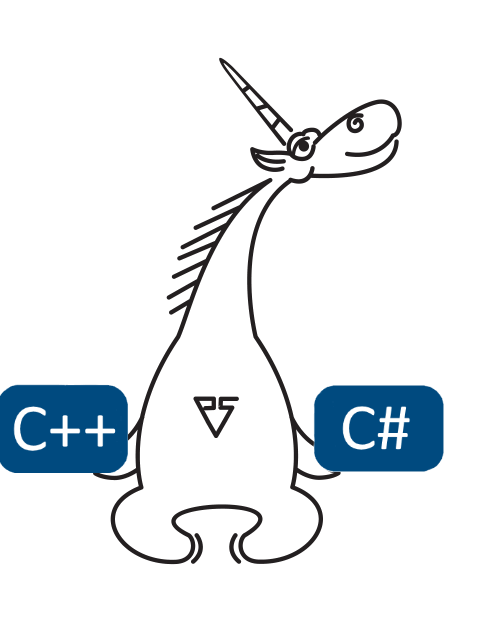 Here is what follows from this test - or rather the C++ and C# standards:

1. Evaluation of x. In an arithmetic expression, all the variables whose values can be represented with type int will be converted to this type, so when adding two variables of type char, unsigned char, short int, or unsigned short int in C++, or variables of type byte, sbyte, short, or ushort in C#, the resulting value will be of type int and no overflow will occur. In our examples, the x variable will take the value 510.

2. Evaluation of y. If both arguments are of type int, no further type promotion will take place and an overflow is possible. In C++, an overflow leads to undefined behavior. In C#, the application will continue running by default. You can use the checked keyword or /checked compiler switch to change its behavior so that it raises an OverflowException in the case of an overflow. In our test, the y variable will take the value -2 both in C++ and C#. However, remember that in C++ we'll be dealing with undefined behavior, which may manifest itself in any way - for example writing the number 100500 to y or ending up with a stack overflow.

Now let's see what errors can be found in code written without taking type-conversion rules into account.

This code fragment is taken from IPP Samples project. When comparing an expression result with zero, one should keep in mind that int may be cast to unsigned int, and long to unsigned long. In our case, the result of the m_iCurrMBIndex - x expression will be of type unsigned int, so it is always nonnegative - PVS-Studio will warn you about this issue: V547 Expression 'm_iCurrMBIndex - x < 0' is always false. Unsigned type value is never < 0.

This sample is taken from SpaceEngineers project. In C#, you should always keep in mind that when adding two variables of type int, their type will never be promoted to long, unlike the situation when you add a variable of type int and a variable of type uint. Therefore, what will be written to the num variable is an int value, which always meets the num <= 0x7fffffffL condition. PVS-Studio knows about this issue and generates the message V3022 Expression 'num <= 0x7fffffffL' is always true.

It's great when you know the standard and know how to avoid errors like those discussed above, but in real life remembering all the intricacies of language is difficult - and totally impossible in the case of C++. And here's where static analyzers like PVS-Studio may be of help.