In the process of static analysis, exact values or ranges of values of some variables and expressions can be evaluated. This is useful information, which can be used when searching for errors. We call such values 'virtual values', and this article is devoted to this topic. 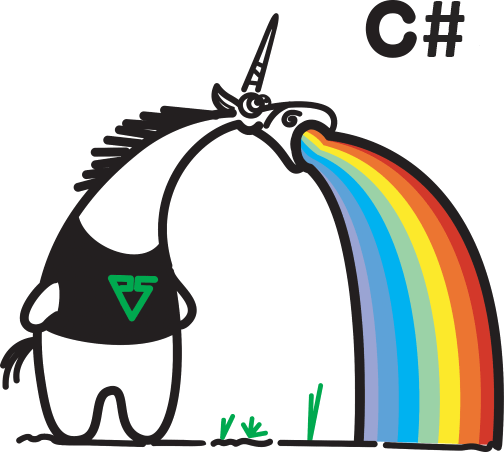 If a static analyzer is able to evaluate an expression, this will allow to perform more in-depth analysis, and detect more errors. It certainly is not only about the exact results of the expressions such as 1+2, but also about evaluating the range of values taken by a variable at a certain point in the program. In PVS-Studio analyzer, we call the algorithms responsible for evaluation of ranges a mechanism of virtual values. Such a mechanism is there in the C/C++ kernel of the analyzer, as well as in the C# kernel. In this article we discuss the mechanism of virtual values using C#-analyzer as an example.

Virtual values are stored for fields, properties, variables, and parameters when they are first mentioned in the code. If the first mention is the variable declaration or assignment, we try to evaluate the virtual value by analyzing the expression to the right of the equal sign. Otherwise, we usually don't know anything about the property/field/parameter, and suppose that it can be of any legitimate value. Here is an example:

When the analyzer gets to the body of the Func function during the traverse of the tree, it will start evaluating virtual values of the variables. In the first string we'll have the declaration of y variable that is initialized with x value. Since all we know about x is that it has a byte type, then it can take any value from 0 to 255. So, this range of values will be assigned as the virtual value of the y variable. The same will be done for the field hasElements: the analyzer knows that the Count property of the list cannot take negative values, that's why true will be assigned as a virtual value of the hasElements variable. Now during the analysis of hasElements && y >= 0 condition, we know that the left and the right part are true, so the whole condition is also always true, which triggers the V3022 diagnostic.

Let's take a closer look at how the virtual value of an expression is evaluated.

Evaluation of a virtual value of an expression

In the beginning of the function, we don't know anything about x variable; its range of values - all legitimate values if int type: [int.MinValue, int.MaxValue]. When entering the if block, we can improve the virtual value based on the condition. Thus, within the if block, the variable x will have the range of [-10, -1], [1, 10]. So, now the analyzer will take into account the virtual value if x is used during the evaluation of the expression. In our example, y will receive the virtual value [-5, 4], [6, 15].

For the expressions of bool type, the virtual value is evaluated differently. Here we have only three options: false, true, or unknown value. So, we'll just substitute enough values for all variables of the expression, and check whether the expression will take one and the same value. For example:

No matter what values of x parameter we take, the expression x >= 0 will always be true. That's why by substituting several values instead of x, we'll make sure of it, and assign true as the virtual value for b.

One more example from the Umbraco project:

Let's take a look at the virtual values during the processing of if/else block.

After the traversing of if/else block, it is necessary to combine virtual values from the if and else blocks for each variable. We should also remember that if in the end of if or else block there was a jump statement, return, for instance, then we don't have to combine the values from this block. Examples:

The peculiarity of virtual values evaluation for loops, is that the body of the loop should be traversed twice. Let's look at an example.

If we just copied virtual values from the parent block to the while block, then we would get a false positive of V3022 during the analysis of the condition i == 5, as we know, before the loop the i variable was zero. That's why before analyzing the body of the loop, we should evaluate which values variables can take at the end of each iteration, and also in all blocks containing continue statement, then combine all these values with the values of the variables before the loop is entered. Besides that if we analyze the for loop, we need to consider the initialization blocks and the changes of the counter. After the values of all the possible entry points of the loop are combined, we should apply the condition of the loop in the same way as it is done for the if block. In such a way we will get correct virtual values for the variables, and we can start the second traverse of the loop, where we'll have the diagnostics applied.

This was quite a complicated explanation, so let's look at an example.

In this example the x variable is zero before entering the loop. Having done the first traverse of the loop, the analyzer will evaluate that the x variable can also take the value 1 and 2 in the block with break, and 3 in the block with continue. Since we have three points of transition to the next iteration of the loop, the variable x can be 0, 1 or 3 at the beginning of the loop body. We can get from four points to the statement following the loop. So here x can be 0, 1, 2 or 3.

Also the analyzer evaluates which values can accept the variables inside case blocks of switch statement, inside the try/catch/finally and for other language constructs.

Division by zero, is one of the mistakes which can be found by means of virtual values. This diagnostic is peculiar due to the fact that not every division, where we may theoretically have a zero in the denominator, will trigger it. Let's look at an example:

In this function, the blockSize can theoretically take any int value, and zero is included in this range. But if the diagnostic is issued for this code, it will not make sense, as the warnings that are actually useful, will be lost among false positives. So we had to teach the analyzer to detect real suspicious divisions in the mass of all divisions, like these for example:

As a solution, we differentiate ranges of virtual values as precise and non-precise. By default, the range is considered to be non-precise, until it is updated by explicit assignment of a constant, or a variable with a precise range, or by limiting in the condition of if or loop statement. If a zero gets into the precise range or to the precise range bound, then the analyzer will issue a diagnostic "Division by zero".

Now let's take a look at several examples taken from real projects, which were found by PVS-Studio with the help of virtual values.

The first condition of the UrlPathEncodeChar function processes special characters, the second condition is a special optimization for the space. But as the ASCII code of the space is 32, then the space will be handled by the first block. PVS-Studio finds this error in the following way: inside the if block, the virtual value of the c variable will be equal to [0, 32], [127, char.MaxValue], and inside the first else block - all the other values : [33, 126]. As the code of the space doesn't get into this range, the analyzer reports about the error V3022 - expression c == ' ' is always false.

It should be noted, that this error is really hard to detect manually, because the body of the loop contains about forty lines, and it's hard to track the way all branches get traversed.

Here the variable y of long type is assigned with a value having byte type. So, the check y < 0 makes no sense, because the byte type is unsigned.

In this example, the body of the loop contains two statements - switch, and if. Let's look at switch block. The first section with three case labels, contains only the continue statement, that's why we cannot move to checking the condition foundInvalidNode. The second case section either moves to the next loop iteration, or sets foundinvalidNode and exits from switch. And, finally, the default section also sets foundinvalidNode and exits from switch. Thus, after exiting the switch, the foundInvalidNode variable will always be true, which means that the following if is redundant. The analyzer took into account that there is a default branch in this switch block, so the control cannot go to checking the condition directly - one of the switch sections will be executed.

We should also say that inside this switch statement, the continue statement is related to the loop, while break exits the switch, not the loop!

Evaluation of variable values during the static analysis is a powerful tool for searching out bugs in the code. The code can contain complex branching, nested conditions and loops, blocks having the size of hundreds of lines. To trace the changes of the variable manually and find an error can be really difficult, that's why PVS-Studio static analyzer can be of great help.

I develop the PVS-Studio static code analyzer intended for analyzing C/C++ software. After we implemented general analysis in PVS-Studio 4.00, we received a lot of responses, both positive and negative. By the way, you are welcome to download a new version of PVS-Studio where we have fixed a lot of errors and defects thanks to users who told us about ...