One of the Microsoft development teams already uses PVS-Studio analyzer in their work. It's great, but it's not enough. That's why I keep demonstrating how static code analysis could benefit developers, using Microsoft projects as examples. We scanned Casablanca project three years ago and found nothing. As a tribute to its high quality, the project was awarded with a "bugless code" medal. As time went by, Casablanca developed and grew. PVS-Studio's capabilities, too, have significantly improved, and now I've finally got the opportunity to write an article about errors found by the analyzer in Casablanca project (C++ REST SDK). These errors are few, but the fact that their number is still big enough for me to make this article, does speak a lot in favor of PVS-Studio's effectiveness. 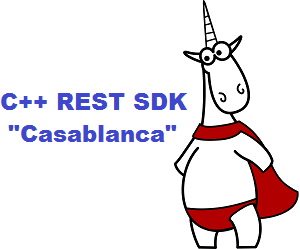 Casablanca (C++ REST SDK) is a small project written in Contemporary C++, by which I mean that the project authors heavily use move semantics, lambdas, auto, and so forth. The new features of the C++ language allow programmers to write shorter and safer code. This assertion is supported by the fact that collecting a decent number of bugs from this one is a difficult task, unlike other projects where we easily catch lots of them.

So, as we have found, Casablanca is a model of fine, high-quality code. Let's see what issues PVS-Studio analyzer has managed to catch there.

There is structure NumericHandValues with two members: low and high. This is how it is declared:

And this is how it is initialized in one of the fragments:

In this code, the programmer made a mistake and initialized the low member twice, leaving high uninitialized. There's hardly any profound comment to make on this situation; it's just that nobody is safe from typos.

PVS-Studio diagnostic message: V554 Incorrect use of shared_ptr. The memory allocated with 'new []' will be cleaned using 'delete'. BlackJack_Server140 table.cpp 471

When destroying an object, a smart pointer of type shared_ptr calls the delete operator by default without brackets []. In this case, however, this behavior leads to an error.

To ensure correct object destruction, the code must be rewritten in the following way:

Static member s_server_api is a smart pointer and is declared in the following way:

What doesn't look right is the following function code:

Note the line "s_server_api.release();". After calling the release function, a smart pointer does not own the object anymore. Therefore, in our example, the pointer to the object is "lost", and the latter will exist until the program terminates.

Again, it looks like we're dealing with a typo in this example: what the programmer must have intended to call is function reset, not release.

There are two enumerations, BJHandState and BJHandResult, which are declared in the following way:

And this is a code fragment from function PayUp:

The state variable is of type BJHandState, which means that the programmer mixed up the enumerations. The code was more likely meant to look like this:

The funny thing is that this error doesn't affect the program execution in any way for now. Fortunately, the constants HR_BlackJack and HR_PlayerBlackJack currently refer to the same value, 1. The reason is that both constants occupy the same position in the corresponding enumerations. However, it may change as the project develops, resulting in a strange, obscure error.

The break statement looks very suspicious, as the loop can iterate only once at most. I can't tell for sure what exactly this code is meant to do, but it doesn't look right in its present form.

Besides the issues that we have already discussed and could call errors, the analyzer found a few fragments of untidy code - for example the ones where iterators are post-incremented.

It's not an error, of course, but it is considered a good style to use a pre-increment instead: ++tbl. If you feel unsure about this, please see the following articles:

There are 10 more examples of post-incremented iterators found in the library's code, but I don't think we need to discuss them here.

Another example of untidy code:

PVS-Studio diagnostic message: V690 The '=' operator is declared as private in the '_acquire_protector' class, but the default copy constructor will still be generated by compiler. It is dangerous to use such a class. cpprestsdk140.uwp.staticlib fileio_winrt.cpp 825

As you can see, the programmer prohibited the use of the copy operator. However, the object can still be copied using the copy constructor, which the compiler creates by default.

PVS-Studio analyzer has at last detected something to find fault with. The errors are few, but they are still errors. It means that using static analysis regularly, not occasionally, like I did for this article, could help prevent lots of bugs at the earliest stage. Fixing errors right after writing the code is better than during the testing or debugging phase or, worst of all, when these errors are reported by end users.