I've written this post as some moral support for my colleague Andrey Karpov. Once he came to me and said that he was so tired to repeat that only few people in the world are aware that PVS-Studio exists. For him it's a fact and there is no doubt in it. The problem is that it's hard to convey this message to people and support this idea. There are always people on the net who have heard about us, and they start writing something like this:

Oh, this PVS-Studio again! You, guys, are on all the sites, how can you spam so much! All programmers already know about you! We are really fed up with your aggressive marketing, can you just stop it! 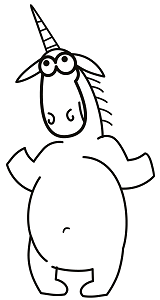 Andrey is always frustrated: "What should I answer to them?". I am ready to support him in this battle, as I have practical examples. So, I guess I could share some ideas, so that to strengthen the spirit of my colleague a little bit and provide some answers to the provocations with this article.

Andrey, whose job is to promote the methodology of static analysis (taking PVS-Studio as an example) put a lot of effort in his work, but it is still not enough for such a mission. Still, very few people in this world know that PVS-Studio exists. That's why there is little to be proud of in the field of marketing PVS-Studio. I have real evidence of that. Here is what I can say when someone will again say "everyone already knows about PVS-Studio"

If you monitor our activity about the check of open-source projects, you probably visited the "Purchase" section. You may see that there are no precise prices on the page. A lot of similar products have the same strategy. Why is it done in this way? Our opinion and the opinion of a majority of programmers is dramatically different. What programmers think:

I am totally sure, that all of this is nonsense, but will anybody listen to me?

In fact, this is done for two reasons:

Does it seem to you that I moved away from the topic of the article? No, I am just getting to the point. Exactly the fact that we SEE from which companies we get the requests about the prices for PVS-Studio, although the license is already purchased, is the reason of this article.

The second situation. Company YYY. I am not writing the specific name for the same reason. It's an American company with a huge development office in Moscow. They have been using PVS-Studio for three years and have a licence for a large number of team members. Recently, they have purchased the license for another three years. They are among our best clients. Not because of money. Because of the Technical Manager in this company (I'm not going to put his name here, if you realized it's you - hi there!). He is a real evangelist of static analysis in the company and takes part in the C++ events and conferences. In general, a very open and sociable person. A really cool guy! I'm sure that everybody who is sitting in his office in the radius of 100 m around him knows about PVS-Studio.

Recently we were contacted by a person who is, apparently, sitting 150 m away from him. This programmer didn't know about PVS-Studio and that it is actively used in the company. Once more. Let's leave out the fact that this person didn't know that his company is our client and has the PVS-Studio license. He has just learned that PVS-Studio exists!

So, even in those companies, who have long been our clients, there are people who haven't heard about PVS-Studio; therefore, there is still a lot to do for Andrey and this is just the beginning. Therefore, I'm asking those who want to write "That PVS-Studio guys are spamming again!" to tolerate this situation. It's just a coincidence, that you hear about PVS-Studio not first time. In fact, only 1% of C++ and 0.5% C# programmers (at best) know about this this tool. For example, we have sold just one license to China. Thank you for your attention. My wish to Andrey - to multiply the marketing efforts of our tool and of static code analysis in general.