The news about the possibility of using PVS-Studio to check source files for free finally prompted me to integrate the analysis of source code into Eclipse CDT. There are guides on integrating with CLion/QtCreator/etc., but nothing for us, the purple :) Tools used for my experiments: Eclipse IDE for C/C++ Developers, Version: Neon.1a Release (4.6.1), Build id: 20161007-1200, and PVS-Studio 6.11.20138.1. Here's what I've got.

This article was originally published in Russian on habrahabr.ru. The original and translated versions are posted on our website with the permission of the author.

First, we need to wrap the analyzer call in a script (we'll talk about it later) that we'll be calling as an external utility. Specify the working directory in the configuration: 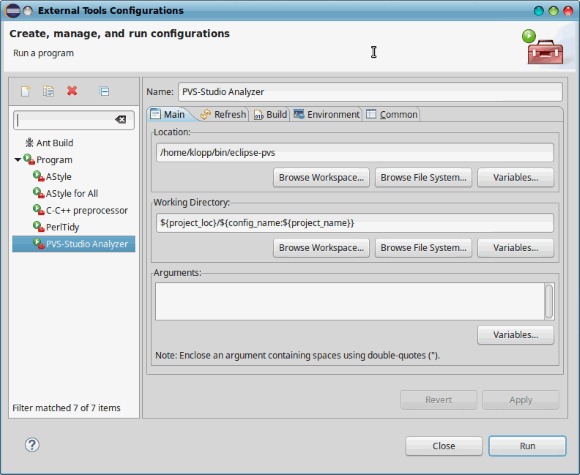 And tick the "Allocate console" option: 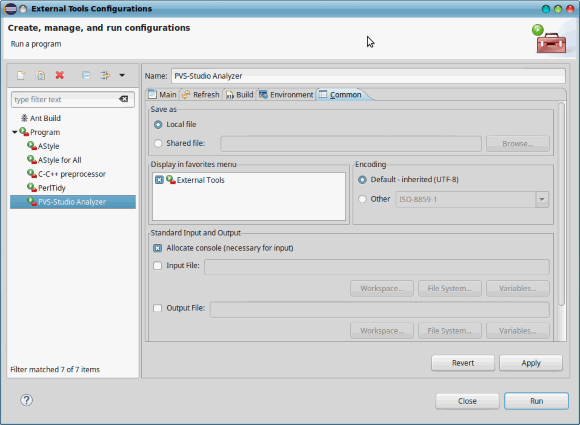 The drawback of this method is that the output will not be parsed by the Eclipse parser, so you will be able to view it only in the console: 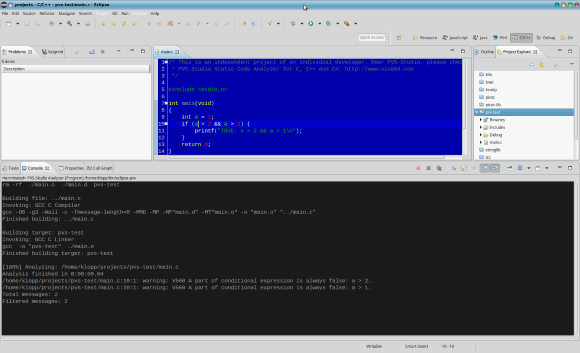 If this method doesn't suit you, try integrating the analysis process into an external building utility instead. This method doesn't work with every project, but if it suits you, go to the project properties and set up the External Builder parameters for the current configuration: 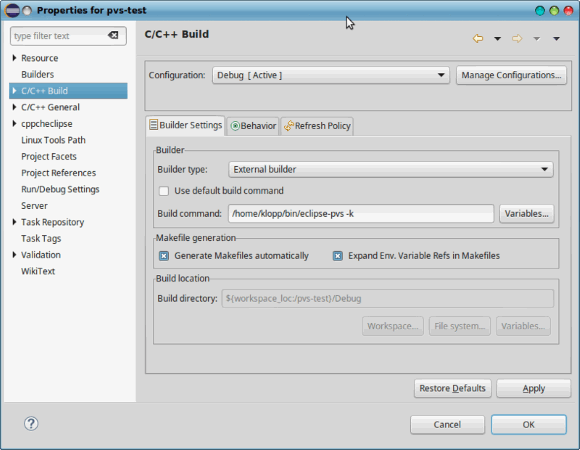 As a result, we get automatic project analysis during the building process plus an output parsed by Eclipse, which enables us to navigate the source files in the "Problems" window: 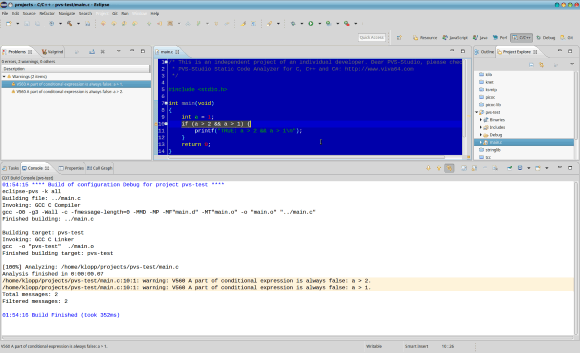 And here's the script itself:

That's all for now. I haven't tested it on real projects yet and may well run into some issues when it comes to that, but the general concept is clear.

When PVS-Studio for Linux was released, I tried it on my project and thought it would make a good supplement ...

Integrating PVS-Studio into the CI Process

Hello, everyone! My name is Stas, I am an engineer of DevOps Tooling team at Align Technology. In this article, ...