When PVS-Studio for Linux was released, I tried it on my project and thought it would make a good supplement to other analyzers that I'd already been using.

Note. This article was originally published in Russian on habrahabr.ru. The original and translated versions are posted on our website with the permission of the author.

I took the script from the original article and slightly modified it to work with projects built with autotools.

After that, open the project you want to check and go to Preferences. In General, switch to the "Installed Plugins" tab and tick the "Tools" plugin.

Scroll to the end of the preferences list to the "Tools" option and add a new tool, "PVS-Studio Check".

Set the tool as shown below 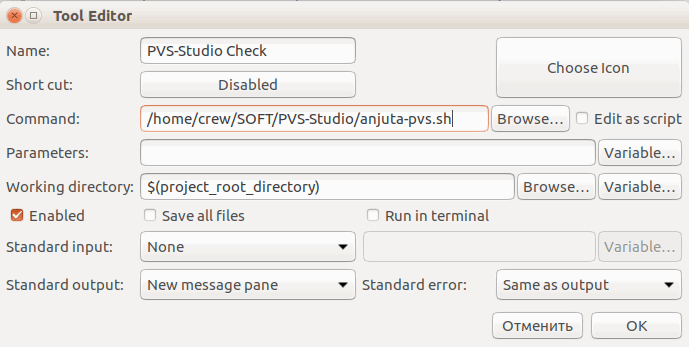 Once you've set it up, click on the "PVS-Studio Check" command of the "Tools" menu to start analysis and have the analyzer warnings output in the standard message window. Double-clicking on a warning will take you to the corresponding line.

Checking LibrePCB with PVS-Studio Inside a Docker Container

This is a classic article, where we share our experience of checking an open-source project called LibrePCB with PVS-Studio. What ...