While the world is discussing the 89th Ceremony of Oscar award and charts of actors and costumes, we've decided to write a review article about the IT-sphere. The article is going to cover the most interesting bugs, made in open source projects in 2016. This year was remarkable for our tool, as PVS-Studio has become available on Linux OS. The errors we present are hopefully, already fixed, but every reader can see how serious are the errors made by developers. 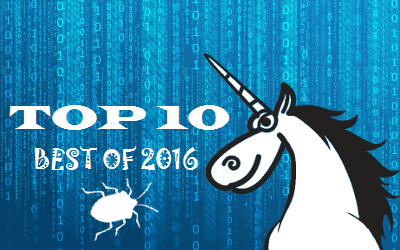 So, let's see, which bugs PVS-Studio analyzer managed to find in 2016. Besides the code fragment, we provide a diagnostic, which helped to detect the error and the article, where this error was first described.

The sections are sorted according to my idea of the error beauty.

Source: Finding bugs in the code of GCC compiler with the help of PVS-Studio

A nasty typo that was quickly fixed after the article was posted. By the way, this erroneous code was copied several times to different fragments of the project. The analyzer found them too.

Source: GDB - a tough nut to crack: only a few bugs found by PVS-Studio

V579 The read_memory function receives the pointer and its size as arguments. It is possibly a mistake. Inspect the third argument. jv-valprint.c 111

The sizeof(buf) operator evaluates not the buffer size, but the pointer size. Therefore, the program doesn't get enough bytes of data.

Source: PVS-Studio team is about to produce a technical breakthrough, but for now let's recheck Blender

The typo in the names had consequences that are more serious. Apparently, the second code fragment was written using Copy-Paste. By accident, the programmer forgot to change the variable name ve with fe. As a result, we will have an undefined behavior, which may lead to a crash, for example.

V546 Member of a class is initialized by itself: 'm_subId(m_subId)'. tfarmcontroller.cpp 572

An interesting bug in the list of class initialization. The field m_subld is initialized by itself; perhaps the programmer wanted to write m_subId(subId).

Source: PVS-Studio is there to help CERN: analysis of Geant4 project

It is a rare bug, but some programmers still think that such a call of a constructor initializes the fields of a class. Instead of accessing the current object, a new temporary object is created and then immediately destroyed. As a result, the fields of the object will not be initialized. If you need to use field initialization outside the constructor, it is better to create a separate function and access it.

Source: Casablanca: The Little Unicorn That Could

V554 Incorrect use of shared_ptr. The memory allocated with 'new []' will be cleaned using 'delete'. BlackJack_Server140 table.cpp 471

By default, the smart pointer of the shared_ptr type for destruction of an object will call the delete operator without the brackets []. In this case, it is wrong.

The correct code should be:

V541 It is dangerous to print the string 'achrDefaultScript' into itself. dlgcreateanimatedtexture.cpp 359

Some string is formed in the buffer, and then the programmer wants to get a new string, saving the previous string value and add two more words. It seems really simple.

To explain why unexpected result can be received here, I will quote a simple and clear example from the documentation for the diagnostic V541:

As a result we would want to have a string:

But in practice, we will have such a string in the buffer:

It is hard to say what will happen in our case, because it depends on the implementation of the sprintf function. There is a chance that the code will work in the way it is expected. But we may also get an incorrect variant or a program crash. The code can be fixed if you use a new buffer to store the result .

At first glance, there is nothing strange in this code fragment. We see that sometimes the 'chan' value is used, sometimes less by one 'chan - 1', but let us have look at the macro definition:

When passing the binary expression to the macro, the evaluation logic changes dramatically. The expression "(chan - 1) * 20" turns into "chan - 1 *20", i.e. into "chan - 20", and the incorrectly evaluated size gets used further in the program.

Unfortunately, this error has not been fixed yet. Perhaps, the developers did not notice it in the article or have not fixed yet, but the code still looks strange. That is why FreeBSD took the second award.

The first place of this rating of 2016 is taken by VirtualBox project. It was checked by PVS-Studio several times and each time we detected a large number of errors. However, this error was so confusing that it misled not only the author of the code but even us, the developers of the analyzer. We really had to think a lot what was wrong with the code and why PVS-Studio issued such a strange warning.

In the compiled code in Windows we saw the replacement of functions. A new function returned a value of unsigned type, adding almost an invisible error. Here are the prototypes of the functions:

In conclusion, I wanted to show the most popular picture that got a lot of enthusiastic comments. A picture from the article "PVS-Studio checked OpenJDK" 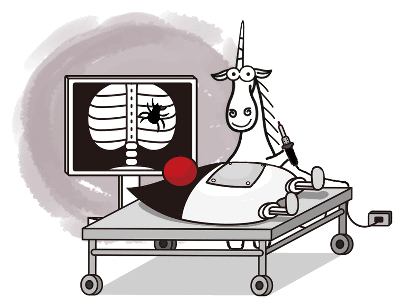 Now anybody can offer projects for a check via Github on Windows and Linux, which will help us find more errors in open source projects and improve the quality of these projects.

You may download and try PVS-Studio by this link.

In case you want to discuss the licensing options, prices and discounts, contact us at the support.

We wish you bugless coding!

To measure the efficiency of our analyzer, and also to promote the methodology of static analysis, we regularly analyze open ...

If you are a software developer working in the video game industry and wondering what else you could do to ...