Sometimes it seems that things have gone relatively quiet on the year-2038 front. But time keeps moving forward, and the point in early 2038 when 32-bit time_t values can no longer represent times correctly is now less than 21 years away. That may seem like a long time, but the relatively long life cycle of many embedded systems means that some systems deployed today will still be in service when that deadline hits. One of the developers leading the effort to address this problem is Arnd Bergmann; at Linaro Connect 2017 he gave an update on where that work stands. 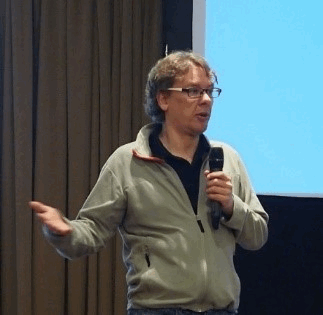 That work, he said, is proceeding on three separate fronts, the first of which is the kernel itself. He has been working for the last five years to try to prepare the kernel for 2038. Much of that work involves converting 32-bit timestamps to 64-bit values, even on 32-bit systems. Some 32-bit timestamps also show up in the user-space API, which complicates the issue considerably. There is a plan for the enhancement of the user-space API with 2038-clean versions of the problematic system calls, but it has not yet gotten upstream. One recent exception is the statx() system call, which was merged for 4.11; statx() will serve as the year-2038-capable version of the stat() family of calls. There are quite a few other system calls still needing 2038-clean replacements, though.

There is one other person, Deepa Dinamani, working on the kernel side of things; she started as an Outreachy intern and has continued to work on the problem after the internship ended. Dinamani has a set of virtual filesystem layer patches in hand, which address one of the hardest problems, and she has plans for some other system calls as well. One of the trickier ones might be setsockopt(), which isn't easily fixed or emulated at the glibc level. There are device-mapper and input subsystem patches in an advanced state. Bergmann had a patch for the video4linux subsystem, but that was rejected and needs a new approach; a similar situation exists for the audio subsystem. Other areas needing work in the kernel are key management and realtime clocks.

For some system calls, there will be no replacement, since the best approach appears to be emulation in the C libraries — the second focus for the year-2038 effort. There has been a lot of work done in the glibc community in particular, he said; the plan is to be fully backward compatible at that level. That means that it will be possible to build a program with either 32-bit or 64-bit timestamps, and to use the larger timestamps even on older kernels. In other words, the glibc developers are trying to make things work everywhere, with a minimum of disruption. (See this draft design document for lots of details on the glibc plan.)

The third focus is on distribution builds, which can only really proceed once the first two pieces are in place. Most distributors, Bergmann said, are unlikely to even bother with 32-bit systems in 2038, so they won't have much to worry about. One big exception may be Debian, which seems interested in maintaining support, even though it looks like it will be a painful task. It may require a full rebuild at some point, which isn't much fun for anybody involved, but it is at least a process that is known to work. Compatibility is key in such a system; there is code being deployed now that may not be 2038-clean, but people want it to keep working if at all possible.

One big area of concern is automobiles. A lot of devices, such as handsets, will have long since failed for any of a number of other reasons by then, so there is little point in ensuring that they can survive 2038. But people keep cars going for a long time. There may still be cameras in use by then, and there is highly likely to be a lot of deeply embedded systems such as building infrastructure. Some of these systems are going to fail in 2038. That is why it is important to get the problem fixed as soon as possible.

There are some things that are going to be difficult to fix, though, even when the kernel, C libraries, and distributions are mostly taken care of; many of these are the result of the use of 32-bit time_t values in file formats. Thus, for example, cpio will fail, which is problematic because it is used by the RPM package format. The NFSv3, ext3, and XFS filesystems all have problems resulting from their use of 32-bit timestamps. The first two are likely to have gone out of use long before the problem hits, and plans for the repair of XFS are in the works. Then, of course, there is a whole list of applications that nobody has yet noticed are broken, and lots of in-house applications that cannot be fixed by the community.

When asked which tools he is using for this work, Bergmann replied that his core technique involves building kernels with the 32-bit time types removed completely. That will quickly point out the places that still need to be fixed. Beyond that, he said, it's mostly a manual process. It was suggested that sparse or GCC plugins could maybe help with this task.

As things wound down, John Stultz asked how much the work in the BSD camp, which has (in some variants) already solved its year-2038 problems, might help with Linux. The answer would appear to be "not much". BSD-based distributions have the advantage of being able to rebuild everything from scratch, so they do not need to maintain user-space ABI compatibility in the same way. There is some value in the work that has been done to fix applications with year-2038 problems, but it's not clear how much that will help the Linux community.

Note from PVS-Studio team. We got really interested in this problem and we are going implement a diagnostic in PVS-Studio that would warn about the use of 32-bit variables of time_t type.

A User's Experience of Working with the Analyzer

When the PVS-Studio team announced that they had finally released a standalone version which didn't require you to have Visual Studio installed to be able to work with it, I certainly couldn't but try it :) Before that I already had experimented with the trial version on one of our old projects. And now I got a chance to check ...