My name is Victoria and I have recently joined the PVS-Studio team as a C++ developer. One of the ways to get acquainted with the analyzer and its diagnostics is to check a project and sort through the warnings, which it issues. Once I've taken on it, it's worth providing the results as an article. So I'd like to bring to your attention a review of the System Shock code. Enjoy the reading! 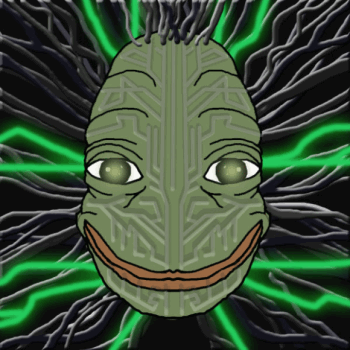 "How can you challenge a perfect immortal machine?"

Recently the source code of the legendary game System Shock has been released. The code of that very cyberpunk-shooter, which has affected further development of the whole direction of action adventure and thriller games and became the forerunner of such game series as Bioshock. It also inspired many of game design solutions of Metal Gear Solid, Resident Evil and even Half-Life. This may have been done to draw attention to promising remake of the original first part, which seems to go through bad times. Therefore, when I had to choose which project to check using PVS-Studio, I could not pass up such a titan of the gaming industry.

Sure, it is difficult to avoid errors in such a large project. There are plenty of examples when even highly reliable systems have various shortcomings. The error, which made $370 000 000 blow up alone is enough to demonstrate it.

Game projects also do not avoid this fate. The most interesting bugs found using PVS-Studio in the field of video games are available in our recent article "Static Analysis in Video Game Development: Top 10 Software Bugs".

In this article, we gathered some bugs from source code of games, access to which is open to all wishing on GitHub.

No doubt, the project is old. However, it is worth learning from other people's mistakes, especially since most of the shortcomings are quite typical and repeat in many projects, and besides that, they can lead to serious consequences.

There is a confusion between logical and bitwise operands, && and & respectively. Apparently, a developer wanted to check that two high bytes are nonnull. However, instead of applying the bitwise "AND", he uses a Boolean "AND", and eventually a logical multiplication by a non-null constant occurs. 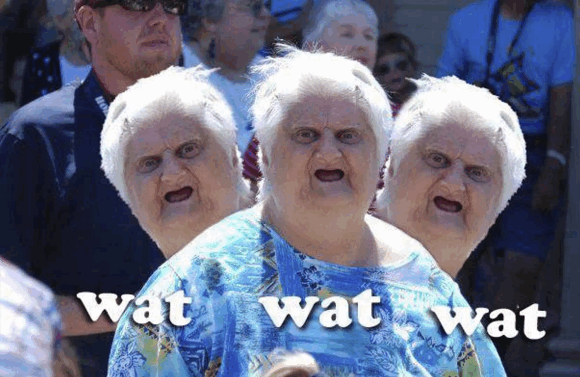 In this case, the error is in the syntax of the operator for: positions of the 2-nd and 3-rd subexpressions are messed up. Moreover, this is not the only error of this kind:

Variables pc1 and pc2 have been assigned values not in all cases, as not all set of behaviors were taken into account. So, specifically in this case objs[corpse].obclass can take a lot more values than CLASS_CONTAINER or CLASS_SMALLSTUFF. If objs[corpse].obclass takes different values, pointers pc1 and pc2 will remain uninitialized, and their dereference below will result in undefined behavior.

Checking for array index out of bounds + checking for nonnull pointer

Logic error, which is able to incur an array index out of bounds. Border check should happen before the access to an element of an array. Similar cases:

PVS-Studio warning: V781 The value of the 'model_num' variable is checked after it was used. Perhaps there is a mistake in program logic. Check lines: 567, 569. RENDTOOL.C 567

Here are some other similar warnings, for which I will not cite the code: 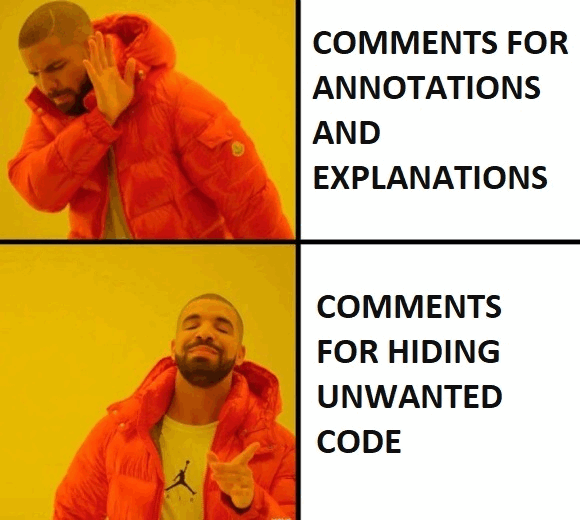 One of deficiencies found throughout the code, is the use of variables that have been changed inside the commented block. Their usage when checking certain conditions is eventually meaningless. Another scenario is also possible:

In case if the commented code is not needed, you can simplify the code by removing the conditional operators.

However, in some situations, the problem may be more serious:

As the code was commented out, the variable err will not be initialized, and its use results in undefined behavior.

But the point was not just about hiding "unnecessary" blocks of code and giving explanations. In different fragments, I found some witty and ironic remarks, and even poetry.

It is certainly not an error, but it seemed to me that a reader would be interested to get acquainted with some of the comments :).

Bitwise shift of a negative number

According to the latest standard of the C and C++ language, a bitwise shift of a negative number results in undefined behavior.

And identical cases for axes Y and Z:

Judging by the fact that both X and Y are passed into function and also two different conditions have the same body, one can assume that the second condition had to use Y, but when copying similar lines of code this point has been missed.

PVS-Studio warning: V796 It is possible that 'break' statement is missing in switch statement. OLH.C 142

Break switch is present within the conditions in both branches and, as a result, if none of them is executed, fallthrough will occur. In the second case, it is specified that it was made intentionally but in the first case there is no such a comment, therefore, it is very likely that this is a logical error.

The priority of operations and a poor macro

PVS-Studio warning: V634 The priority of the '-' operation is higher than that of the '<<' operation. It's possible that parentheses should be used in the expression. FRCLIP.C 256

In working of the preprocessor we'll get the code as follows:

However, if you write ....span_right(y,(*cur_span_cnt) & 1)...., then the code will work differently than a programmer expects. Therefore, you must enclose all the arguments of macros in parentheses. Here is the correct version of a macro:

PVS-Studio warning: V610 Undefined behavior. Check the shift operator '<<'. The right operand ('i' = [1..64]) is greater than or equal to the length in bits of the promoted left operand. CARDMFD.C 121

The error is difficult to explain, it would be better to consider it separately for 32-bit and 64-bit systems.

In a 32-bit system, the last step of a loop causes undefined behavior, because the shift is implemented by more than 31 bits. Description: numeric literal 1 is of 32-bit type int.

In a 64-bit system it will be even more interesting. Yes, the project System Shock has never been compiled for 64-bit systems, but let's still consider this option.

If a type long is 32-bit (data model LLP64), the situation is exactly the same as in the 32-bit program: undefined behavior will occur. In practice, however, such code can work as expected due to luck :).

If long is 64-bit (LP64), then the probability that the undefined behavior will lead to the correct execution is much smaller :). The numeric literal 1 is of the 32-bit type int. Which means, that it is impossible to obtain the value outside the range [INT_MIN..INT_MAX] as a result of the shift. Of course, undefined behavior can be anything but it is clearly not worth waiting for a good outcome from it.

Here is the correct version of code:

We can conclude that if a static code analyzer had been available to the authors, many errors could have been avoided and it could have saved many of players' nerve cells, as a large number of logical errors probably resulted in a strange game behavior.