Microsoft is not the only company to go open source recently - other companies are following this trend too. This brings us, the developers of PVS-Studio, another wonderful opportunity to test our analyzer and see if it can find any interesting bugs to report to the project authors. Today we're going to look into the code of a project developed by a Fast Reports company. 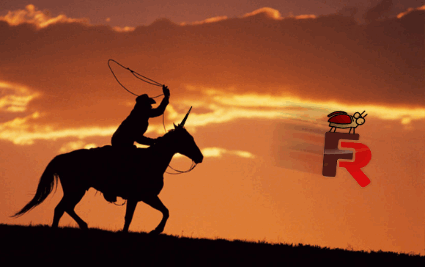 FastReport is a report generator developed by Fast Reports. It is written in C# and compatible with .NET Standard 2.0+. The source code was recently uploaded to GitHub from where I downloaded it for analysis.

Reports can include text, pictures, lines, shapes, tables, barcodes, and so on. They can be one-page or multipage and include, besides the data, a cover page and a back page. The data can be obtained from XML, CSV, Json, MS SQL, MySql, Oracle, Postgres, MongoDB, Couchbase, RavenDB, SQLite.

There are different ways to create report templates: from code, as an XML file, using an online designer tool, or using FastReport Designer Community Edition.

If necessary, the libraries can be downloaded as NuGet packages.

For more details about the project and its features see the GitHub-page. 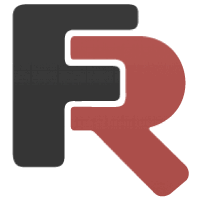 I didn't have any problems building the project. I built it in Visual Studio 2017 and then checked using the PVS-Studio plugin.

PVS-Studio is a static analyzer detecting bugs in code written in C, C++, C#, and Java. C# code can be analyzed using a special plugin for Visual Studio or from the command line using the utility PVS-Studio_Cmd.exe. You can also set up analysis on the build server or import analysis results into SonarQube.

Now, let's see what interesting bugs we've got this time.

Since the project is fairly small, there aren't going to be many typos and suspicious fragments. We'll take a look at the bugs pointed out by the analyzer and even try to reproduce some of them.

Take a look at this method:

Yes, returning null from overridden ToString() is not an error in itself but it's bad style anyway. This is pointed out, among other sources, in Microsoft documentation: Your ToString() override should not return Empty or a null string. Developers, not expecting that null will be returned as a ToString() returned value, might be unpleasantly surprised to find out that during the execution of the code given below, an exception ArgumentNullException will be thrown (on condition that an extension method for IEnumerable<T> is called).

You could pick on this example as a synthetic one, but it doesn't make any difference.

More than that, this code includes the following comments:

Oops. Returning null instead of "".

The library has a class called FastString, which is described as "Fast alternative of StringBuilder". This class actually contains a field of type StringBuilder. The constructors of FastString call the Init method to initialize the respective field.

Here is the code of one of the constructors:

And here is the code of the Init method:

The field sb can be accessed using the StringBuilder property:

FastString has a total of 3 constructors:

You already saw the body of the first constructor, so it should be clear what other two constructors do. Now, watch carefully. What do you think the following code does?

Didn't expect that? Let's take a look at the body of the constructor in question:

Our regular readers must have developed a good eye for defects like this. As for the analyzer, it definitely has a good eye (nose, logic - call it whatever you like) for them, and it did spot the bug: V3117 Constructor parameter 'iniCapacity' is not used. FastString.cs 434

By sheer luck, constant field initCapacity exists in the class. Thus, the Init method is called with it instead of iniCapacity, and the typo remains undetected.

When using similar names, you should be very, very careful. You can find similar typos in projects regardless of the language in which they are written: C, C++, C#, Java.

Since we started talking about typos, let's make up a simple example and see what it will do:

By now, you may suspect that it won't simply print "Ok".

But what exactly? Well, how do you like this one:

The problem is in the ParagraphFormat property and the use of similar names:

PVS-Studio warning: V3004 The 'then' statement is equivalent to the 'else' statement. HtmlTextRenderer.cs 2092

A bit of copy-paste here: no matter what the r.Width > availableWidth expression evaluates to, the code will do the same things in either branch. This can be fixed by either deleting the if statement or changing the logic of one of the branches.

PVS-Studio warning: V3020 An unconditional 'return' within a loop. CodeUtils.cs 262

Because of the unconditional return statement at the end of the loop, it will iterate only once at most. Perhaps it has to do with bad refactoring, or it's just an unconventional way to do what could be done without using a loop.

This code is unsafe. The FindBarItem method will return the value -1 if it fails to find the element passed to it as an argument. The caller (method GetPattern) writes this value to the idx variable, which is then used as an index for the tabelle_cb array without any prior check. And if you use -1 to index into an array, you'll get an IndexOutOfRangeException.

The given code with obtaining fileIndex value and call of DoPageEnd method will never be executed. The reason for it is that the result of the second expression saveStreams will always be false.

Those were the most interesting bugs for today (you didn't expect this one to be the size of the article on Mono, did you?). There were other warnings as well, but they didn't look cool enough to me to include in this article (some warnings are always left out).

To reliably interpret those other warnings, one should know the project, so ideally, the developers of FastReport should take a look at them for themselves. Those warnings include V3083 (unsafe invocation of event), V3022 (always true / false condition (in this case, mostly because of methods returning the same value)), V3072, V3073 (incorrect use of members implementing IDisposable interface), and so on.

If some of the warnings are irrelevant, you can do the following: 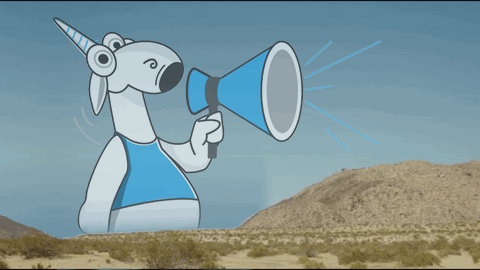 Even though there weren't many bugs to include in this article, I really enjoyed the "feel" of the warnings, watching the bugs that the analyzer gets mad at show up in real code.

I wish the authors of FastReport good luck with developing their project and fixing the bugs, and many kudos to them for taking this step towards the open-source community!

And you guys are welcome to try the analyzer with your code and see if it can find anything interesting.