People ask us every now and then if we compared PVS-Studio with other static analyzers and wrote any articles about the results of such research. The answer is no, there's no such a comparison and it won't be possible to do one and write an article about it. It's not that we are lazy or afraid that our product will perform worse than other tools. There are three reasons why we don't do that, and there's nothing we can do about them. These three reasons will be discussed in this article. Let's clear things up. 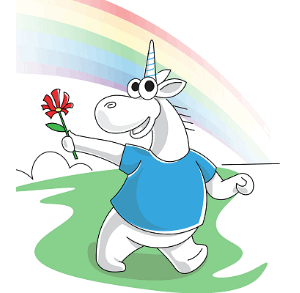 We tried doing some comparisons and writing articles about that many years ago (example), and we did make sure that it was done scrupulously. We would take a set of projects, check them with various analyzers, and see which would find the largest number of genuine errors. It's was a very tedious task to study all those reports and it took more than a hundred person-hours. After that, we would write an article presenting the results of our research. Were the readers grateful for the job we'd done? Not at all. We were heavily criticized each time, and the arguments basically came down to the following idea: we deliberately picked projects in such a way that our tool would perform best.

So, we never achieved our main goal: trust in comparisons. It was an especially bitter experience considering that sometimes comparison conditions were altered in favor of other tools rather than PVS-Studio. I remember, for instance, excluding two projects from the test set: one because of Cppcheck and the other because of Visual Studio's analyzer as they would end up with a hang when trying to analyze those projects.

Oddly, there seems to be no way to deal with the criticism. After all, how could one verify that our choice of the projects at GitHub was indeed random? I don't know how to answer this. Some suggested that such an article should be written independently by an outside person. It's a nice idea, but how to fulfill it? Where do we get an enthusiast who would voluntarily sit down and meticulously check project by project to see how the analyzers compared? Sure, we could hire such a person, but then again, could an article be trusted if we paid for it? We seem to end up right where we started :).

2. Vendors are unwilling to cooperate

When comparing proprietary products, you've got to get copies of these products in the first place, which is not as easy as it might appear. For instance, some vendors will simply go "radio silent" and ignore all my requests for a demo version once they learn who we are :). And we can't lie to them to get what we want, can we? I'm not even sure they would sell their products to us if we wanted to buy them.

But even if we bought or otherwise got our hands on their tools, there's no guarantee that the license terms would allow us to write comparison articles. And here's where we are getting to the third point, which has to do with legal issues.

3. The legal side of the matter

The legislation of some countries prohibits direct comparison of two products in order to prevent deceptive advertising. You are, in fact, allowed to describe the capabilities of each product and present the results in a table for the readers to compare them and draw a conclusion on their own. But you are not allowed to explicitly state that one product is good and the other is bad. But then how do I say that one tool has found 100 bugs and the other 10 bugs without saying that the first is better than the second? :).

Sure, we could handle that and write a properly worded article. But we are still a small company (with the staff of only 31 persons as of this writing) and we don't have a legal department to regulate these matters and make the material immune to any complaints. If so, we'd better keep away from direct comparisons of PVS-Studio with our competitors' products. It would be a better investment if we added even more sophisticated code analysis techniques to PVS-Studio instead.

What do we do then?

That said, the question still remains: how can you find out if PVS-Studio deserves to become part of your DevOps?

Well, that's easy. Just run PVS-Studio on your code and study the report.

Just make sure you don't have all the diagnostics enabled at once, or you'll get drowned in numerous warnings irrelevant to your project. Start with the first-level General (GA) warnings. This is explained in more detail here.

I hope that after launching PVS-Studio, you'll get enough interesting warnings to make the answer to the question if you should use it obvious.

Note that many of the warnings will refer to bugs in rarely used - if used at all - code. This observation must be interpreted correctly. The thing is that you have already fixed the most critical bugs in existing code. But there are other bugs that don't affect the program's behavior that much, and it's them that the analyzer will be reporting in large numbers the first few times. On the other hand, all those critical bugs that you have already fixed would have cost you much less if they had been found with static analysis at the earlier coding stage. Sure, not every bug can be diagnosed by static analysis, but still, if half of them were detected right away, fixing them and developing and maintaining your software product would take much less in terms of time and money. My colleague discusses this in more detail in the article "We Have 100 Developers, the Analyzer Found Few Bugs, Is Analyzer Useless?".

If your team is already using some code analyzer, things become even more interesting. That way, you will be able to see what bugs PVS-Studio has managed to find after the checks by other static analysis tools. By the way, in our articles, we sometimes deal with open-source projects that are already using some static analyzer. A few examples of these:

You could reasonably argue:

Exactly! That's how things are. Every analyzer is better at something. For instance, PVS-Studio is especially strong at typo search. Anyway, the best way to evaluate a tool is to actually use it on your project.

Here's my personal opinion. All contemporary paid analyzers are quite powerful and more or less equal in their diagnostic capabilities. Each of them, however, is in some way better than the others and can add to your development process in its own way. In fact, the choice is often determined by CI integration capabilities, the level of detail of the documentation, the price, etc. rather than available diagnostics. And I believe PVS-Studio offers a perfect combination of all these various criteria.

Download and try PVS-Studio: it's the best way to evaluate it and see if it fits into your development process. If you have any questions, don't hesitate to ask our support. We can get you started and customize the analyzer for you and, if necessary, demonstrate how to work with it. We also provide our customers with high-quality and prompt support (example).

To find out how effectively PVS-Studio can be used, see the article "PVS-Studio ROI". Thanks for reading!