Of course, they take place, but their number is very small in comparison with autumn and spring. We would like to change this trend, as everyone on our team is sure that summer events are great. In this short article we will share our thoughts on this topic and will be glad to discuss them with readers. 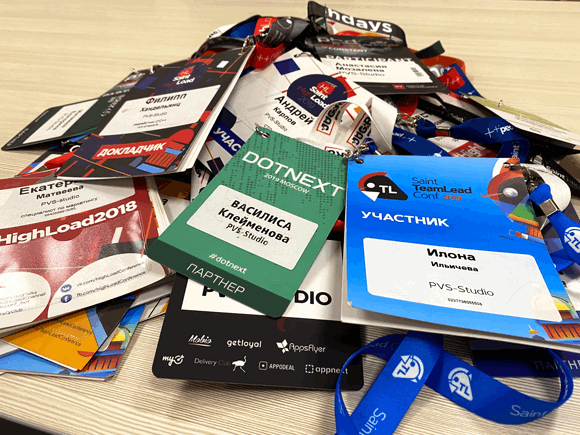 For the second year already, our team has been actively attending various IT conferences, participating there with both our booth and various talks. During some months, that is, from April to May and from October to November due to the most interesting events almost half of our office staff disappears. That's because of overlapping conferences making us choose which teams to send there, and rack our brains as to how to provide needed roll-ups and handouts for all events. So the question is why all the top conferences are held during these months and why not have some of them in summer?

Despite the fact that our team has attended more than 50 events of various kinds, I would mention that we started to take an active part in them not so long ago, only in 2018. We don't know what was happening before, but I couldn't find any information about it on the web. Perhaps, some conferences have already been held in the summer, but the result did not meet the expectations of hosts. That's why they refused from such a format.

But this isn't about us. Let's try to understand why the conferences can be held in summer as well. Before someone starts arguing that it is not profitable or convenient to hold them in summer, as many participants and speakers will go on vacations, conference hosts are finally having their well-deserved rest after spring conferences and it's time to prepare for upcoming autumn events, I would like to express my thoughts on this subject.

In order to justify the benefits of holding conferences in the summer, I would like to offer you a few ideas.

Let's take an abstract C#-programmer who wants to go to the November conferences DotNext, Highload++, and CLRium. The first two are held in Moscow on weekdays, and the third - in St. Petersburg on Friday and Saturday. In total, a worker drops out of the workflow for at least a week. And if they are from another city, it is more than a week. Taking into account that DotNext and HL++ overlap, the choice becomes even more difficult. It turns out that our programmer needs to spend time to analyze all the talks and decide where to go, because all conferences deserve attention, and an employer has to let the employee go for a week or more. Most likely, the choice will be random in many ways.

Even if a worker chooses to attend "everything", the employer is hardly going to be delighted when an employee drops out of the work process for a long time due to attending several events in one month. They may simply forbid attendance of several events. However, they would not mind if the person attended a conference now and again.

It turns out, everyone wants to hold a conference out of vacation season. Because of this, conferences start to compete. And it may turn out that during vacation season (summer), it will be even easier to gather listeners. 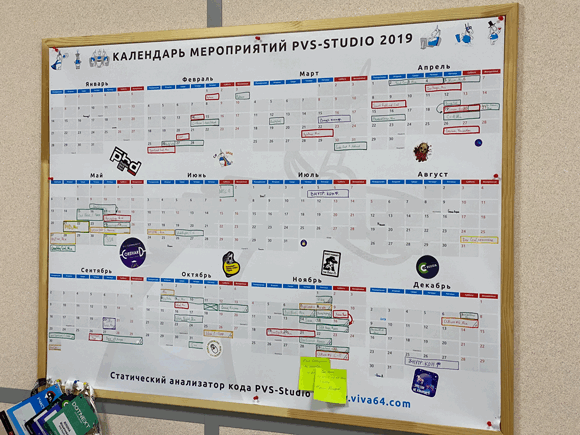 Even distribution of conferences throughout the year

The major hosts have an almost constant conference flow, reaching five or more per month. Participants whose scope of interests isn't limited by only one programming language as well as partners who have something to offer these participants, can attend the conference evenly rather than one after another, driving themselves in this way on Groundhog Day. Attending conferences evenly during the year, it is easier to prehend the talks and new findings better, as well as to analyze the work and communicate. All the tasks do not fall at one month and there is no "dense and empty" effect. Not to mention meet-ups, festivals and exhibitions.

As a rule, conferences are attended not only by large companies with staff of thousands of employees, but also by those with 50 or less employees. At the approach when for two and a half autumn months you participate in six and more conferences just as a partner, and in the same number of them as a speaker, but without a booth, it is spring and autumn when you become aware of all costs of all preparation.

It is better to listen to talks and do networking when the weather is good outside. It is clear that presenters are giving talks in closed halls without windows, and conference hall might lack the daylight. But there are various parties and after parties that take place not only in the conference venue area. You will not feel the stuffy heat during hot months, as the conference rooms are usually air-conditioned and well-ventilated. On the other hand, a pleasant evening can be spent with your colleague and your favourite beverage on an open veranda of a good restaurant and it is nice to discuss various sensitive topics.

In cold weather you have to stand in line at the end of the day after the official part of the conference waiting for your outerwear, and steam all day in warm outdoor shoes, unless, of course, you have taken indoor shoes, and then continue the evening with a full backpack of merch + a pair of indoor shoes.

Also, according to geographical data from the organizers, the average attendance by participants who live in host city of the conference does not exceed 50%. This indicates that the rest are out-of-town visitors. I am sure that the majority of such people have arrived here not only on the days of the conference. And not just for the sake of the conference itself. They probably came here for a number of days earlier or later to have time to rest, get the vibe of the place and acclimatize in case of jetlag. And during this time a visitor gets to see the city, as most of the events are held in the most beautiful cities of our country - Moscow and St. Petersburg. After all, it is more pleasant to enjoy the architecture and views of the city when the weather is good, not spring and autumn when it's all gray, there is slush and it's raining all day long.

Let's hold conferences in the summer!

In conclusion, I would like to ask a question. I wonder if it's all a competition between the major organizers for the attention of participants and partners, or there are some reasonable arguments in favor of such a schedule of conferences? In this regard, I would like the organizers themselves to give feedback and tell us their thoughts on this subject.